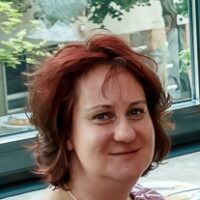 Projects implemented with the use of the funds for the statutory research of the Maria Grzegorzewska University in Warsaw financed by the Ministry of Science and Higher Education:

Grants financed with the use of other means:

Capacities served in (including the membership of scientific associations):

Participation in other European programmes:

Achievements in the field of teaching:

Popularizing knowledge about refugees – lectures for youths (activities to benefit the local milieu):

Joint authorship of the collective work:

Most important papers delivered at conferences: